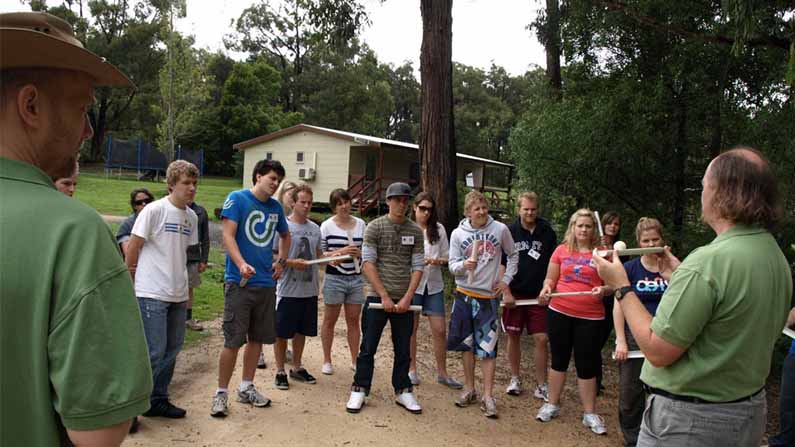 In Rotary District 9790, Australia, RYLA is a 7-day leadership conference for young adults aged 18-30. With previous RYLArians describing the experience as “life changing” the first key question to ask is, “What, if anything, changes?” and the second question is: if something does change, is it leadership?

Given that RYLA is a leadership award raises a difficult philosophical question: what is leadership? There is a growing consensus that leadership is the process of influencing others towards a common goal. However, while there is an enormous volume of literature on the subject, much of this literature discusses leadership more narrowly in terms of authority relationships. Since young adults have little authority, the relevance of these approaches to RYLA is questionable. Examining leadership theory, it seems that most leadership models can be described in terms of two broad categories: trait theories (the way people are) and behavioural theories (what people do). These two general approaches inform the subsequent investigations: what ongoing and consistent patterns of interaction (traits) or specific behavioural responses may change after RYLA and do these relate to leadership?

The initial question to be addressed was “what changes?” In short, since general self-efficacy and all of the personality variables are considered traits, it appears that traits change. The RYLArians described themselves as more confident, more open and more emotionally stable. These results have a significance beyond RYLA as very few other studies show such changes in personality measures. The few that do tend to be clinical studies and they show people moving from high levels of dysfunction towards “normal”. In contrast, the RYLArians moved from “normal” to “even more functional”. That all three subscales of the orientations to happiness scale increased is also notable, with likely implications for ongoing well-being and resilience. Based on prior research, there is some evidence to suggest that the age group (young adults aged 18-30), the combination of content and applied leadership challenges during the week of RYLA, along with the high levels of support and challenge, all contribute to these changes.

The secondary question was whether RYLA impacted on leadership. Interpreting the above results in light of the leadership literature, it seems that RYLA could impact on leadership capacity given that increased openness is thought to enhance leadership. Further, the increased emotional awareness and regulation described by many participants, along with the measured reduction in Neuroticism, suggest an increase in emotional intelligence: an essential component of effective leadership.

THE CURRENT SEQUENCE OF STUDIES SUPPORT THE PREVIOUS ANECDOTAL EVIDENCE: RYLA, AT LEAST IN ROTARY DISTRICT 9790, IS A POSITIVE LIFE CHANGING EXPERIENCE.

Tim Edwards-Hart is a clinical psychologist, specialising in working with adolescents and young adults. Prior to that, he worked with young people for over 25 years as a sporting coach, youth worker and adventure educator, with a passionate interest in youth development. For the last 10 years, he has provided the adventure leadership components of the Rotary Youth Leadership Award (RYLA) in District 9790 near Melbourne, Australia. Given RYLA has a fiftyyear history and there are numerous anecdotal reports of RYLA being “life changing”, Tim wanted to know what changes in the lives of RYLArians. This research, conducted as part of his Doctor of Psychology (Clinical), is part of the effort to determine if RYLA is more than just a fun, albeit memorable, time or if it truly makes a lasting change in the leadership of young people.